We are open and seeing patients on a limited schedule.

At Macy Eye Center, our top priority is protecting the health and safety of our patients, visitors and staff. We are happy to answer any questions or concerns about coming in to the office..

THE STATE AND CITY GUIDELINES NOW PERMIT US TO RETURN TO THE OFFICE AND SURGICAL CENTERS UNDER STRICT SAFETY MEASURES.

We have instituted strict safety measures for the office as follows:

* Doctors and staff will be wearing KN95 masks and gloves. Patients will also be required to wear a mask.

*Everyone entering the facility will be required to have a temperature check, including all staff members.

* Hand sanitizers will be placed throughout the facility.

* We will be limiting the number of patients in the office and the waiting area. Please do not bring visitors unless you need assistance.

*Breath shields have been installed on all our slit lamps to provide a barrier while examining your eyes.

*A deep cleaning in the exam rooms will be performed after every patient.

Stay Well and we will see you soon under the safest circumstances possible!

In order to ensure that all our patients have access to the care they need, Dr. Macy will be offering virtual consultations. If you would like to schedule a consultation or have any questions, please contact us at 310-657-2777 or send us a message and we will get back to you as soon as possible. 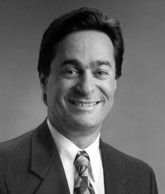 Jonathan Isaac Macy was born in New York City and grew up in suburban New Jersey.  He earned his BA and MD degrees at Boston University in 1976, with election to Phi Beta Kappa.  After graduation, Dr. Macy married his wife, Jeannette (a native of Uruguay), and moved to Los Angeles to do a medicine internship at the Los Angeles/USC Medical Center.  A subsequent research fellowship at the Doheny Eye Institute led to an Ophthalmology residency at USC, which was completed in 1981.  His daughter, Alexandra (Duke University and Mt. Sinai School of Medicine), was born during his rotation through Los Angeles Children’s Hospital in 1980.  After completing a Psychiatry residency at UCLA, she has a practice in Philadelphia.  His son, Adam (Columbia University, Zicklin School of Business and Southwestern Law School), was born in 1983.  He is an entertainment attorney with offices in Santa Monica.  Since completing his Ophthalmology training, Dr. Macy has been in private practice adjacent to Cedars Sinai Medical Center.

In addition to a busy office and surgery practice, Dr. Macy has found time to serve as President of the Beverly Hills District of the Los Angeles County Medical Association, Chairman of the Board of Directors of Junior Blind of America and the Board of Trustees of Olympia Medical Center.  He is Past President of the California Academy of Ophthalmology, as well as Vice President of the Myasthenia Gravis Foundation.  To teach future Ophthalmologists, Dr. Macy is a Clinical Professor at both USC and UCLA.  He serves as an Examiner for the American Board of Ophthalmology.  As the author of more than 100 book chapters and peer-reviewed papers, Dr. Macy has delivered more than 300 lectures around the world.  He is frequently called upon as an expert witness/consultant for government agencies, major corporations and in judicial proceedings.  Dr. Macy has been certified as a Qualified Medical Evaluator (QME) by the State of California.  Due to extensive experience in Medical and Surgical Ophthalmology, He has served as Expert Witness, Independent Medical Evaluator (IME) and Agreed Medical Evaluator (AME).  He works with several pharmaceutical companies as a clinical researcher into new drug therapies and often seeks patients to participate in the final phases of FDA trials.  An expert in cataract surgery, Dr. Macy has been a leader in laser surgery for myopia (near-sightedness), astigmatism (surface irregularity) and hyperopia (far-sightedness).  Dr. Macy has written, lectured and taught courses for other Ophthalmologist in Cataract Surgery, Radial Keratotomy (RK), Photorefractive Keratectomy (PRK) and Laser in situ Keratomileusis (LASIK).

Dr. Macy’s career encompasses activities in Clinical Care, Professional Service, Research and Teaching.  Within the office, in addition to examination rooms, one finds the latest in diagnostic equipment.  The office provides Visual Feld testing, Optical Coherence Topography, Fundus Photography, and Pachymetry.  Contact Lens fitting and dispensing is done.   The optical dispensary contains the latest in frames and lenses.  In addition to General Ophthalmology, the office provides Optometric as well as subspecialty services in Glaucoma and Retina.

Dr. Macy completed his residency at a time of transition in Ophthalmology.  Breakthroughs in cataract surgery and refractive surgery were just beginning.  The use of technology to make eye surgery safer and more efficient erupted.  For cataracts, Dr. Macy was a pioneer in small incision, sutureless surgery.  Years ago, he taught his more senior associates these newer techniques as an assistant in the operating room.  He continues to participate in basic and advanced cataract surgery courses, both for practicing Ophthalmologists and University Residents-in-Training.  He now lectures and teaches about the latest Femtosecond laser cataract surgery.  He has been invited to teach these techniques locally and across the country.

The conclusion of his residency was also the time of the boom in refractive surgery.  Beginning with the cryolathe and progressing to LASIK, Dr. Macy has been a leader in the field.  He was one of the principal investigators at Cedars-Sinai in the nationwide Phase II and Phase III trials of Photorefractive Keratotomy.  In addition to offering refractive surgery to his patients, Dr. Macy has taught relevant courses both in local venues and at the American Academy of Ophthalmology.

In the course of his career, Dr. Macy has published more than 100 papers, book chapters and abstracts.  He has worked on the identification of the lipids in blepharitis.  He has worked on the development of an animal model of ocular histoplasmosis.  That model has been expanded for the study of other forms of serous retinopathy.  Dr. Macy continues to do Phase II and Phase III FDA approved clinical trials of pharmaceuticals.  Some trials focus on the eye as the source of disease.  Some trials focus on the eye as a site of potential side effects of systemic therapy.   Over the years, he has been a Principal Investigator in more than 60 separate studies involving the treatment of Conjunctivitis, Glaucoma, Cataract Surgery, Cerebral Palsy, Asthma, Ocular Allergy, Corneal Ulcer, Corneal Transplant and Dry Eye.

Dr. Macy holds the appointment of Clinical Professor at both USC and UCLA.  At USC, Dr. Macy attends surgery at the Los Angeles County/USC Medical Center.  He is an organizer and a moderator for the Annual Doheny Meeting.  At the Jules Stein Eye Institute at UCLA, Dr. Macy teaches Ophthalmology to second-year medical students.  He was an organizer of the third-year medical student rotation through surgical subspecialties at Cedars-Sinai.  The medical students spend one day a week in his office.  Due to his wife’s background, Dr. Macy has also taught Ophthalmology in Argentina and Uruguay.

For recreation, Dr. Macy is a voracious reader.  He is particularly interested in historical fiction.  He is an avid cyclist.  Geography in Southern California fortunately allows year-round use of the bicycle path along the beachfront.  He now has two grandchildren who light up his life.  Audrey and Kyle live in Bryn Mawr, Pennsylvania so, in addition to FaceTime, airline miles are rapidly being generated on coast-to-coast travel. 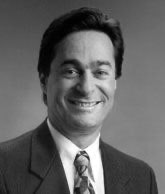 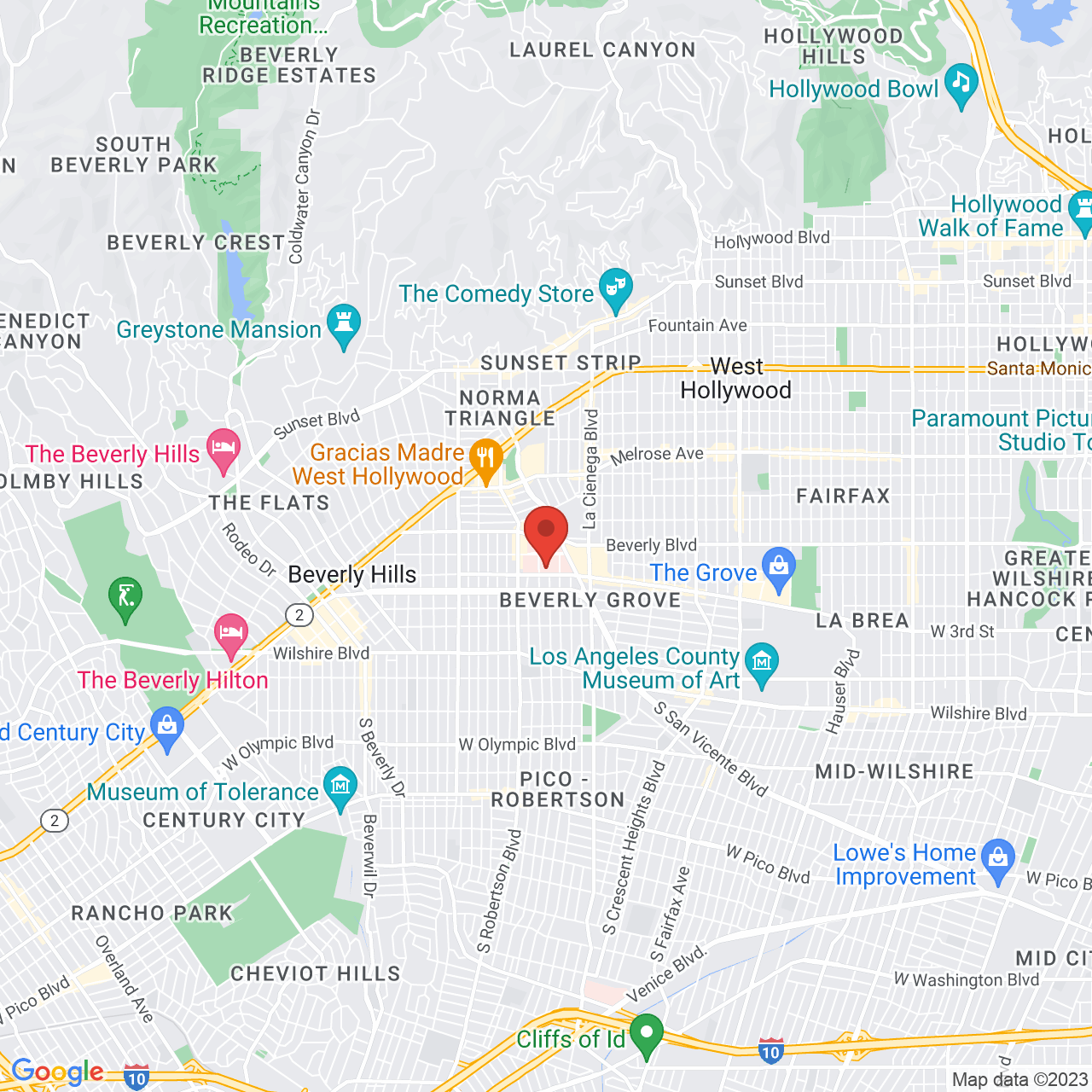 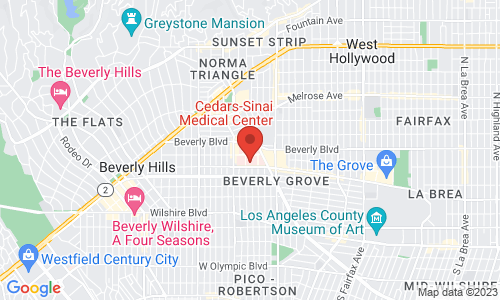